Monarch Cat Skiing first began in 1990. This program operates under a separate outfitter and guide permit from the ski area. It is owned by PowderMonarch LLC and operates as a single company along with Monarch Mountain. The cat skiing operation was originally called Great Divide Snowcat Tours and operated with a 1967 Thiokol snowcat with open air seating for our guests. It first operated in the Mirkwood Basin area and then branched out to just a small portion of the Waterdog Ridge. Monarch Cat Skiing now encompasses 1635 acres of permitted skiing along both sides of the Continental Divide. The roads are in place and the terrain is ready for backcountry tours to begin. Our first scheduled tour begins tomorrow and the calendar is live on the website. More information on Monarch Cat Skiing can be found here. 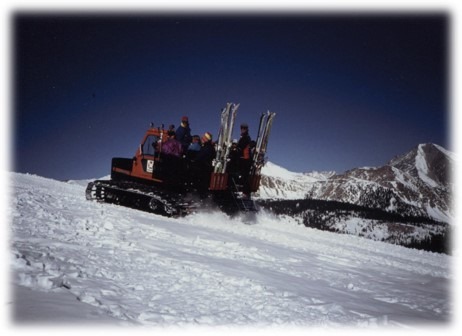 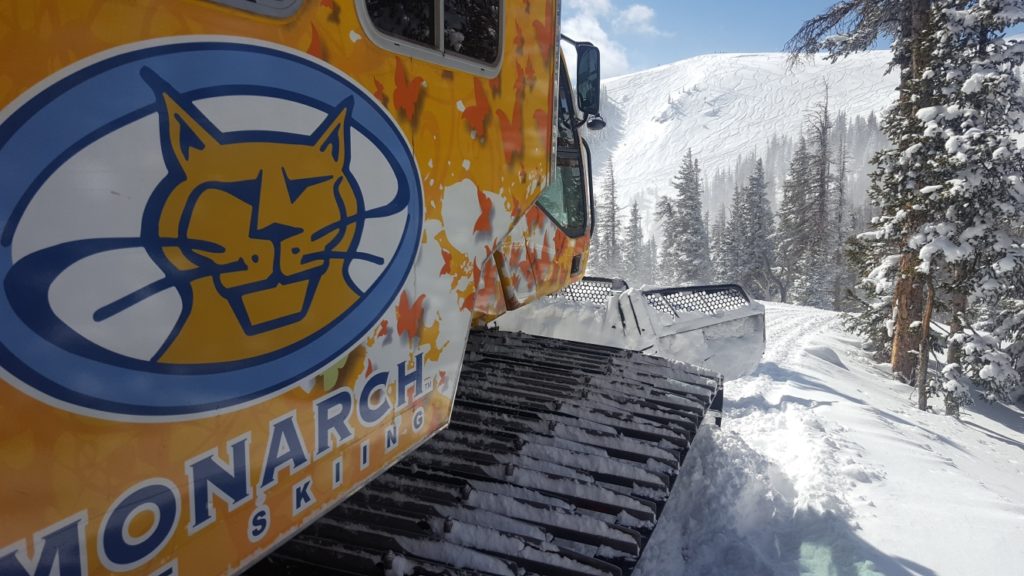 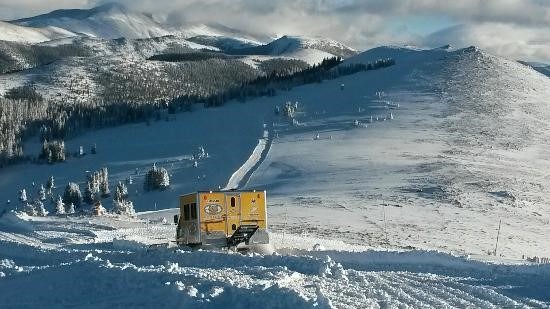