As described in an earlier post, our lift maintenance crew conducts extensive maintenance projects during the summer months on our aerial and surface lifts. They replace routine parts such as sheave liners or wheels on a regular basis. The staff members also conduct inspections on welds and grips. Sometimes, there are bigger projects completed such as mechanical upgrades or modifications. Another sizable project that is conducted on more of a decadal cycle is replacing the bullwheel bearing. This involves de-tensioning the lift cable and removing the bullwheel with a crane or lift.

The Garfield Lift has decided it is time for this bearing to be replaced at the top terminal. As described above, this is quite a project that is best conducted on dry land. So, we will not be running the Garfield Lift these last few weekends. The Pioneer Lift will be in operation to access terrain on this side of the mountain. There is a trail that returns skiers/riders from the backside on Lower Tango to the base of the Pioneer Lift that is marked by bamboo and orange dots as well as an orange trail sign. Tele-Alley and Gunbarrel are the only trails on this side of the mountain that will require a short hike up to the base of the Pioneer Lift.

With the higher sun angle and warmer temps, we are enjoying some high quality spring conditions. The coverage is great and we still have a deep base on all aspects. We will be open on Friday/Saturday/Sunday over the next three weekends. We will be closed Monday-Thursday. Our final day of winter operations will be April 21st. 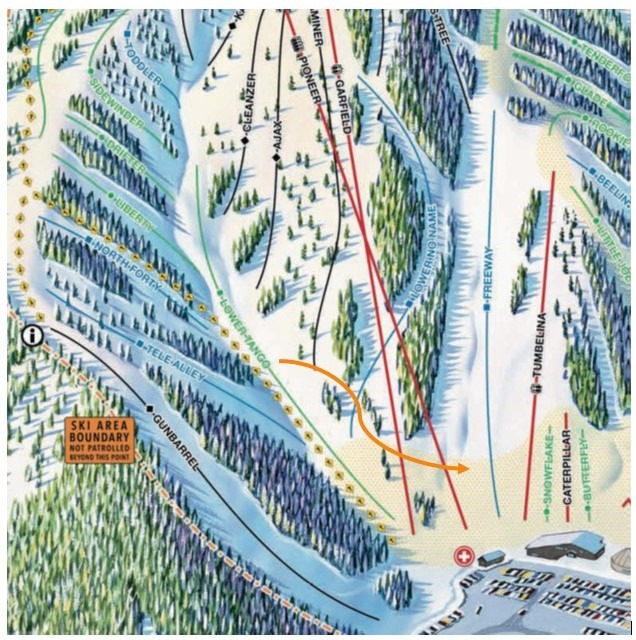